The legislative branch in Lienia is Parliament, which we call Gdarames. Now our Prime Minister is Ladmell Lepotero. Lienish Gdarames makes new laws, decides how money will be spent and represents citizens in government. Now (because of our small population) its only 3 seats in Gdarames.

The executive branch in Lienia is President. Now our President is Mićaöl Lienere, which was chosen in election in 2022. The election happening once in four years. Lienish President commands the military endorses or doesn't endorse laws and represents Lienia to other world.

Lienia is unitary republic - it means what in all country there are same laws, courts, constitution etc. Lienia has a Constitution, which has been written by President at 25th of October in 2021. For this moment Lienia has four laws: Lienish Constitution, Law about Lienish Currency, Law about Lienish Copyright and Law about Lienish Military Neutrality. How make new laws in Lienia? First Gdarames (or, rarely, President) makes a prototype of new law, in which s\he writes its basic conceptions. Then Gdarames reads it and votes for this law, and if more than 50% agree - the law is passed. Then President endorse or doesn't endorse the law - if he endorsed it, law become valid.

Diplomatic relations is very important step in micronationalism for every country. We endorse diplomatic contacts with another micronations (if they pass to our conditions) - if you want to begin diplomatic relations with our country, you can write e-mail to our Minister of Foreign Affairs. In your letter, please specify nation's name, website or MicroWiki Page and "Micronational Foreign Affairs" as theme. Our conditions: your nation exists 6 months or longer; your political system is democracy, or constitutional monarchy; your nation keeps basic human rights; you are a person who really has to/can mail letters like that (Minister of Foreign Affairs, President, King etc.). 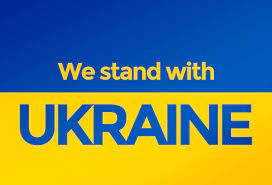 Back to Lienish main page!